Skrewtape “Sell it for two”

After giving fans a quick teaser the other week, Dizzy Wright is ready to unveil the full music video for his intro record on his new album The Growing Process, “Higher Learning.” Our recent digital cover story star (read that full story here) sits down in a class room to get his higher learning on, before walking along the rainy NY streets, all the way up to Fort Tryon Park

Adlib and Reef the Lost Cauze have dropped a teaser trailer for their upcoming Road Rage Tour with San Jose based hip-hop group I.L.A.M online. The tour is scheduled to kick off at the end of June and will run through the end of July. Adlib continues to tour in support of his recently released “Teenagers From Marz” collaborative album which he created with Rob The Viking from Swollen Members.

Jedi Mind Tricks are back with a new album “The Thief And The Fallen’ dropping June 2nd. The group just dropped a new music for their Eamon-guested second single “Fraudulent Cloth”, which you can check out after the jump. Vinnie Paz and Stoupe the Enemy of Mankind will hit the road for a U.S tour. Check the dates below. Tour Dates: Wed 06/03 – Washington, DC @ U Street Music

Adlib x Rob the Viking Video Blog #1 on HipHopCanada.com Sensi-Starr’s own Buddha and Battle Axe Warrior Adlib has teamed up with legendary producer Rob The Viking from hip-hop giants Swollen Members on a new collaborative album Teenagers From Marz – released on Sensi-Starr Records. HipHopCanada.com posted this exclusive video blog of the duo dissecting the album.

Insane Clown Posse have unveiled their official music video for the track “Explosions,” featured on their recently released album The Marvelous Missing Link (LOST). The video premiered exclusively at VICE yesterday, and can be seen HERE. The Marvelous Missing Link (LOST) is the first “Joker’s Card” release since 2012’s The Mighty Death Pop!, and the new album’s second installment (FOUND) will be released on July 28th. “This new album is 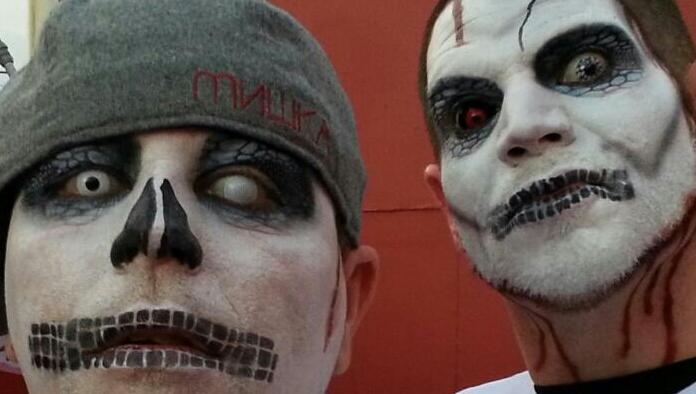 TWIZTID release their brand new, highly-anticipated music video for “Boogieman”, as they gear up for their Back To Hell: The Darkness Tour. “Boogieman” appears on TWIZTID’s new album The Darkness, which debuted on the Billboard Top 200 charts at #29, marking their 11th album debut on the chart. The Darkness marks the group’s first Billboard debut since the launch of their new independent label, Majik Ninja Entertainment. The new album