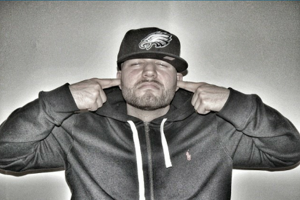 Sensi Starr Records is proud to announce the signing of notorious Philadelphia based emcee Burke The Jurke to a deal that will see his new album “Know Alternatives” released via the label later this summer. Burke The Jurke joins an impressive growing Sensi Starr roster that includes Adlib, Skrewtape, Ren Thomas, J.O The Last Man, and Ghetto MC.

“Sensi­Starr is more of a squad than anything else. We all speak the same language. We just happen to have a very talented group of friends that formed over the years,” said Burke The Jurke. “Recording ‘Know Alternatives’ was therapeutic for me and it allowed me an outlet to express my pent up anger and frustration.”

Established as one of the more well versed and brutal lyricists in the city, Burke The Jurke is at a place where the walls are down and the man behind the myth will be exposed on his new album “Know Alternatives”. A former poker player, Burke The Jurke has been turning the heads in the Northeast since the release of his now classic debut album ‘Ear Responsible’. His style is bold and is hyper-focused on the true lyricism that has been missing from the hip-hop scene over the past few years. He’s been playing to packed houses opening for the likes of Jedi Mind Tricks, La Coka Nostra, and Sensi-Starr alumni Adlib all over the East Coast. Fans can get a taste of Burke The Jurke’s sound via the new track “REFLEXshun” here: 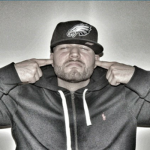