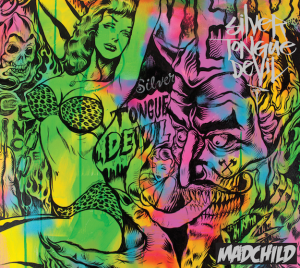 Madchild has dropped another teaser off his upcoming new album “Silver Tongue Devil online for the track “Lose My Mind” featuring JD Era and produced by C-Lance. The album hits stores on July 24th via Battle Axe Records and is available for pre-order at Bit.ly/BattleaxeOfficial. Check out the video after the jump.

Madchild has revealed the painted cover art for his upcoming new solo album “Silver Tongue Devil”, which was commissioned by the legendary street artist L’Amour Supreme. The striking image conveys the attitude, style, tone, and feel of the music contained on Madchild’s new record.

Madchild is building off the success of his recently released “Switched On” EP, which debuted at #1 on the Billboard Rap Chart. Upon the album’s release, Madchild hit the road on a non-stop tour that took him around the globe hitting Europe, Australia and the United States, before heading out across Canada with the newest Battle Axe signee Demrick. After his relentless tour schedule came to an end, Madchild hit the studio to record the brand new Supreme Villain song “The Enemy” with Slaine for The “GirlHouse” movie soundtrack.

The track listing for “Silver Tongue Devil” is as follows:

3 – Devils And Angels (Produced by Evidence) 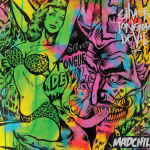