Exclusive to 411mania.com, emcee Adlib has released the track listing to his new collab album with Rob the Viking titled  “Teenagers from Marz”, as well as the first episode of his Vlog while on tour. Below is the official press release and video.

Philadelphia emcee Adlib has released the artwork, track listing, and set an April 21st release date through Sensi-Starr Records/Face Ent for his new collaborative album with Rob The Viking , entitled “Teenagers from Marz”. The effort was recorded at Chamber Studio Vancouver, British Columbia, and will feature Adlib working over Rob The Viking production on every track, and guest appearances by Madchild, J.O the Last Man, Ali Armz, Skrewtape, Ghetto MC, and UG. 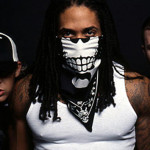